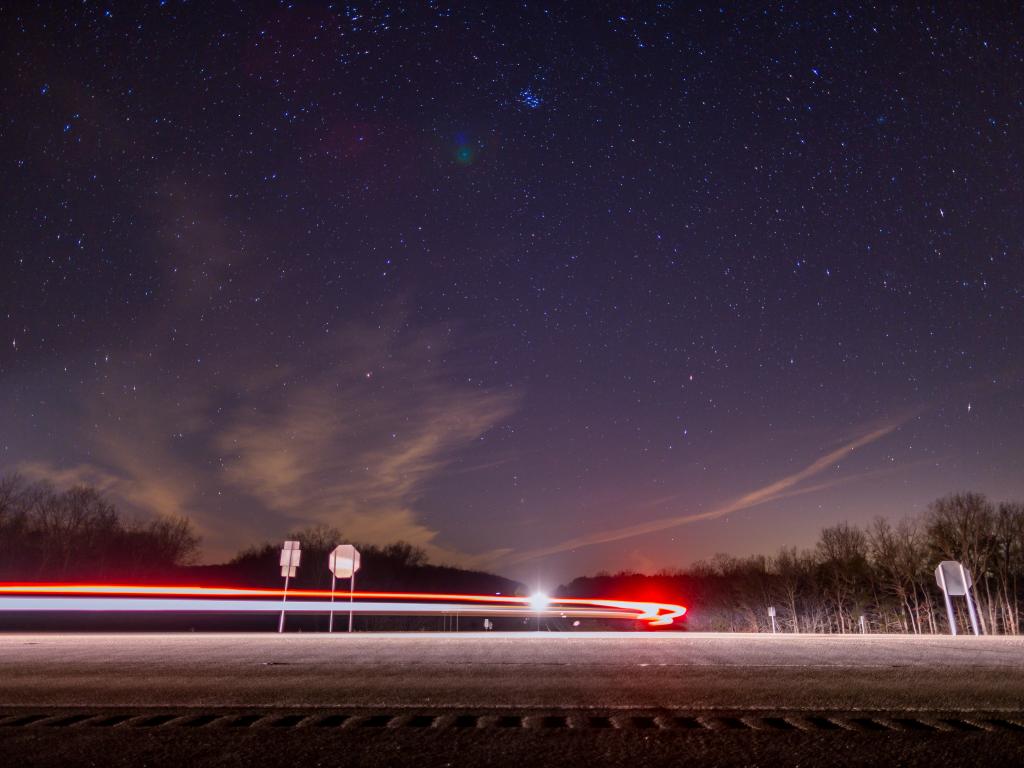 Among the key investment themes to crop up through 2020 was the massive groundswell of capital that funneled into the electric vehicle industry, from Tesla Inc’s (NASDAQ:TSLA) 700% move over the course of the year to the array of battery and electrification-focused special purpose acquisition companies (SPACs) introduced to the market.

But while the market trend certainly illustrates the degree of interest Wall Street has in the EV space, according to Evolve ETFs Chief Executive Officer Raj Lala, the thesis motivating those investments is far more compelling,

“What we’re seeing now is significant government demand for these technologies combined with significant investment from automakers, partly driven by government targets and partly driven by new electric vehicle companies,” said Lala in a recent interview with Benzinga. “Every country in the developed world has set a target date anywhere from 2025 to 2040 to eliminate gas and diesel cars. Every automaker in the world has consequently put those timelines on their roadmap.”

Benzinga spoke with Lala about the various, private, public and international factors influencing the EV market and how those themes have been incorporated into the provider’s Evolve Automobile Innovation Index Fund (TSX:CARS), Canada’s first diversified automobile innovation ETF and one of Canada’s top performing ETFs last year.

Competition In A Growing Market

From a fundamental perspective, Lala pointed to the clear sales trends among EV and component manufacturers. Tesla has obviously been the poster child of that growth, more than doubling its vehicle sales between Q2 and Q4 2020.

However, beyond individual companies, sales of electric vehicles have surged internationally. China is estimated to have added 1.3 million new EVs to the road through the last year. At the same time, sales in European markets are also gaining on those of traditional automobiles. The most pronounced example of this is in Norway, which implemented a 2025 deadline for the sale of fossil fuel cars and, in 2020, became the first country in which electric vehicle sales surpassed those of traditional automobiles.

According to Lala, these fundamental trends and the investments being made by automakers to capture them constitute the framework of CARS, which incorporates components from throughout the automotive electrification pipeline as well as other automotive advancements to provide comprehensive thematic exposure.

“The key for this fund is really about the supply chain that’s encouraging electrification,” said Lala. “That’s one big part of what we focus on with our product. CARS invests in the entire supply chain, including battery development, auto interior, fuel cell technology, and most importantly the chip manufacturers involved in video, multimedia, cameras and sensors. Just from the standpoint of that, that’s a very clear process happening now for the greatest transformation in perhaps our lifetime.”

Of course, the private-sector perspective is only a part of the overall trend toward electrification. Although the timetables and quotas set out by national regulators provide a clear motivation for global automakers and manufacturers to prioritize EVs, governments are also investing heavily and forging private partnerships in the transition to electric.

“Electric generation, charging stations, all of the infrastructure that has to go in to replace the gas infrastructure that we have in place, these are enormous investments that are going to be a combination of private sector investments and government targets and funding,” said Lala. “In the meantime, investments need to be made in increasing battery manufacturing capacity, we just don’t have enough batteries to manufacture vehicles on a national or international scale, it’s just not possible.

Domestically, the Biden administration has made renewable energy infrastructure its core platform for the next four years, pledging $2 trillion toward a comprehensive plan whose tentpoles include investments in manufacturing supply chains and creating the infrastructure necessary to support them.

While that plan does not include a timeline for sunsetting the sale of traditional vehicles in the U.S., state-level timeframes like California’s 2035 deadline are likely to set a precedent for the entire country in the coming years.

California’s time frame is fairly consistent with those being imposed by most developed nations and Lala believes the consensus among analysts is that the inflection point for EV sales to surpass gas vehicles will likely be sometime between 2035 and 2040. In the intervening years, Lala said he expects to continue to see incremental shifts away from fossil fuels and toward zero-emission vehicles.

“It’s still very early days and it’s often hard to see it happening. When you see a Toyota Camry hybrid drive past you, it’s the same as the non-hybrid model. The electrification is happening in a way that the average person on the street doesn’t recognize the incremental changes that are happening around them is part of a massive shift.”

The Evolve Automobile Innovation Index Fund is available in ETF (hedged, unhedged and USD versions) as well as mutual fund (class A and F). For more information visit https://evolveetfs.com/product/cars/ 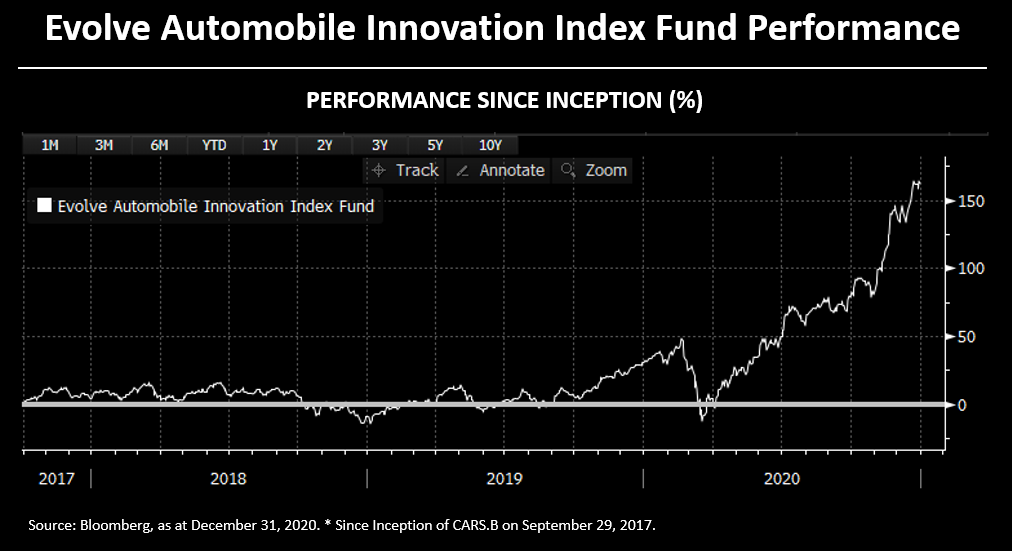 The indicated rates of return are the historical annual compound total returns net of fees (except for figures of one year or less, which are simple total returns) including changes in per unit value and reinvestment of all dividends or distributions and do not take into account sales, redemption, distribution or optional charges or income taxes payable by any securityholder that would have reduced returns. The rates of return shown in the table are not intended to reflect future values of the ETF or returns on investment in the ETF. ETFs are not guaranteed, their values change frequently and past performance may not be repeated.